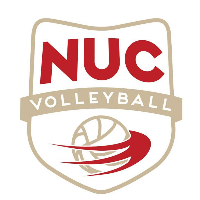 Head Coach Lauren Bertolacci and Assistant Haley Brightwell, Viteos NUC: “If you value generating trust within your team, this is for you”

We coach professional volleyball in the Swiss league NLA, having won 4 gold medals in the previous two seasons including the NLA Swiss Championship, and are continuously in the top-3 of our league. We are a team that is trying to push the limits with our style of volleyball. We aspire to be quite aggressive in growing the game and not being satisfied with traditional ways of playing. Our team motto is to “Dream Big” and reach higher than anyone thinks possible.

We have a lot of diversity when it comes to our team. Whether it is personality, native languages, cultural background or age of athletes. About one-third of the team has been together for almost 3 years and the rest are new to the team. Four players only speak English while the rest have a first language of French or German. Additionally some players are full-time professional players while others are balancing professional sport with work or school. These differences can naturally create a disconnect between members of any team.

Hard times in the autumn

We had a difficult start to the 2020 season. It was the first time in 3 years that the team experienced a major loss to start the season. On top of this we were facing a lot of adversity as the Black Lives Matter movement was having a large impact on our athletes and staff as well as COVID-19 making every day unpredictable.

With this background, SmoothTeam simulation helped players articulate themselves, which can help us manage these situations better as they continue to come up.

SmoothTeam allowed everybody to be heard – and bridged gaps between players

We value what can come from conversations and dialogue. Our team has already exposed quite a bit of vulnerabilities to each other. We have had plenty of conversations, but still SmoothTeam allowed a new way to have conversation with the team, different than we had had before. The simulation helped to guide the conversation into new topics, which were needed for our next steps.

In our team, as in many other teams, the gap between the star players and some other players is huge. Whether it’s age, playing experience, language, or personalities – we have to facilitate closing these gaps in order to be the best team. If everyone knows what especially the less experienced, less-heard players need and experience, they can grow and the team can grow. Closing the gap is essential in achieving great results, and also explains how we have managed to achieve the championships. Bridging the gap, learning together, supporting each other, is key.

SmoothTeam simulation allowed us to dive into different past experiences, and even to the mental development of each player in terms of sports. A couple of younger players spoke up. Many older more experienced players started to understand younger players’ point of view.

Some of the topics that came up naturally were ones that our athletes did not know about one another. The simulation exposed topics to the team and exposed teammates to one another. We as coaches love getting people out of their boxes, and this happened repeatedly in the simulation.

The simulation allowed us to remove ourselves as coaches from the discussion, which is truly valuable. The simulation also distanced the team from daily discussions, for example the simulation provided a conflict for us to walk through without us needing to address our own conflicts at that given moment.

The results were visible after the simulation

Immediately after the simulation we could already feel a change inside the gym. Athletes who may typically interact less with others felt more empowered to do so.

The simulation brought up a language barrier between some members of the team as well as other insecurities that come with sport – after this discussion it was clear that it had created a trust between them that carried onto the court and into practice.

Although the main input of the simulation is facilitating discussion and trust between the players, also we as coaches learned some important lessons. For example, we have to find ways for new players in the team to be able to speak to older players without feeling embarrassed or threatened. There is naturally a barrier to that, and it’s our job to facilitate the process. This is essential, as it speeds up the team’s formation.

We can recommend the simulation to any team!

We think any team could benefit from the simulation! Coaches don’t have a lot of extra time – we know this first hand. Creating vulnerable and open discussion in your team can be very time consuming and difficult to initiate.

The simulation completely removes the preparation time that a coach would need for meetings such as these – allowing the staff to focus their energy in other aspects. SmoothTeam makes it incredibly easy to dive into discussion effectively with the tools they offer.

Igniting trust within the team

For us, creating trust within our team is incredibly important. SmoothTeam simulation allowed for easy discussion between our very diverse group and this dialogue is a natural path to trust. If you find trust within your athletes to be equally important for you, there is no reason not to try it.